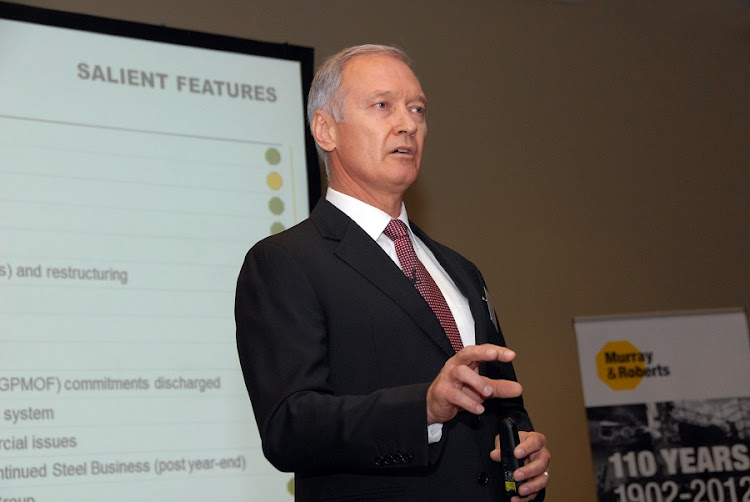 Murray & Roberts has sold its Genrec steel engineering and fabrication business to black-owned and managed Southern Palace Group for R185m.

Henry Laas, Murray & Roberts group CE, said on Monday that Genrec would now have greater opportunity to unlock its order book potential in the public sector.

Southern Palace had been involved in the steel services business as an investor for the past 15 years. "This acquisition is a continuation of Southern Palace’s strategy to be a leading, black-owned, industrial operating company particularly in the infrastructure, mining services and value-added steel manufacturing industries," Lucas Tseki, Southern Palace CEO, said.

"It is important for us to leverage this … experience … and to tap into the vast networks and connections we’ve built up, in order to grow Genrec in SA and the rest of the continent."

Southern Palace already owns 100% of the former Murray & Roberts infrastructure and building businesses, as part of a settlement concluded in late 2016 between the government and SA’s seven largest construction and engineering groups for their part in collusion in the run-up to the 2010 Soccer World Cup. This had required them to sell at least 40% of their domestic infrastructure businesses to black empowerment partners, or to mentor up to three black construction companies over a period of seven years.

"The sale of Genrec to Southern Palace was concluded in a separate transaction," Ed Jardim, Murray & Roberts group investor and media executive, said on Monday. The sale of the group’s infrastructure and building businesses was concluded in April 2017 for an aggregate sum of R314m.

The proposed sale of Genrec from October 2016 to black-owned investment manager Nisela Capital was not concluded and new potential purchasers were engaged. Murray & Roberts has in recent years changed strategic direction. This has resulted in a significant change to its portfolio of businesses. Genrec was the last remaining manufacturing business to be sold.

"The majority of the group’s manufacturing businesses were sold in June 2013. The group has now transformed from being predominantly a South African civil and building contractor, to a multinational engineering and construction group, focused on three natural resources market sectors: oil and gas; metals and minerals; and power and water," Jardim said.

Garth Arenz, an analyst at Avior Capital Markets, said Murray & Roberts had identified Genrec as being noncore to its new strategy given that its primary business was steel fabrication and it was unprofitable.

Get in Touch With Us